Back in Maine, our nearby town of Rockland celebrated the annual Lobsterfest this past weekend.

The town hosts a large parade and people visit from all over the world to celebrate fresh crustacean fare.  There are plenty
of offerings: lobster with fresh corn on the cob, lobster rolls, lobster pasta, lobster chowder (lobstah chowdah as they pronounce it in Maine).  You name it, there’s tons of lobster in every shape and form.

It’s a huge big deal for this usually sleepy seaside town and the streets are crowded as tourists and locals fill their bellies with the freshest, finest seafood from the Maine coast.

Lobster boats constantly cruise and chug into the harbor loaded with their fresh salty ocean catch hour after hour and the town bustles with outstanding goodies, energy and wholesome activity.

PETA (People for The Ethical Treatment of Animals) made a splash with this young woman laying on a “paper plate” on a busy corner of town.  Painted red and wearing a skimpy pair of panties and “claws” she drew a lot of attention to the fact that thousands of pounds of lobsters are boiled alive when killed to be eaten by thousands of visitors to the area.  I think she made a point.  At the very least, she raised more than a few eyebrows and gave people something to think about. 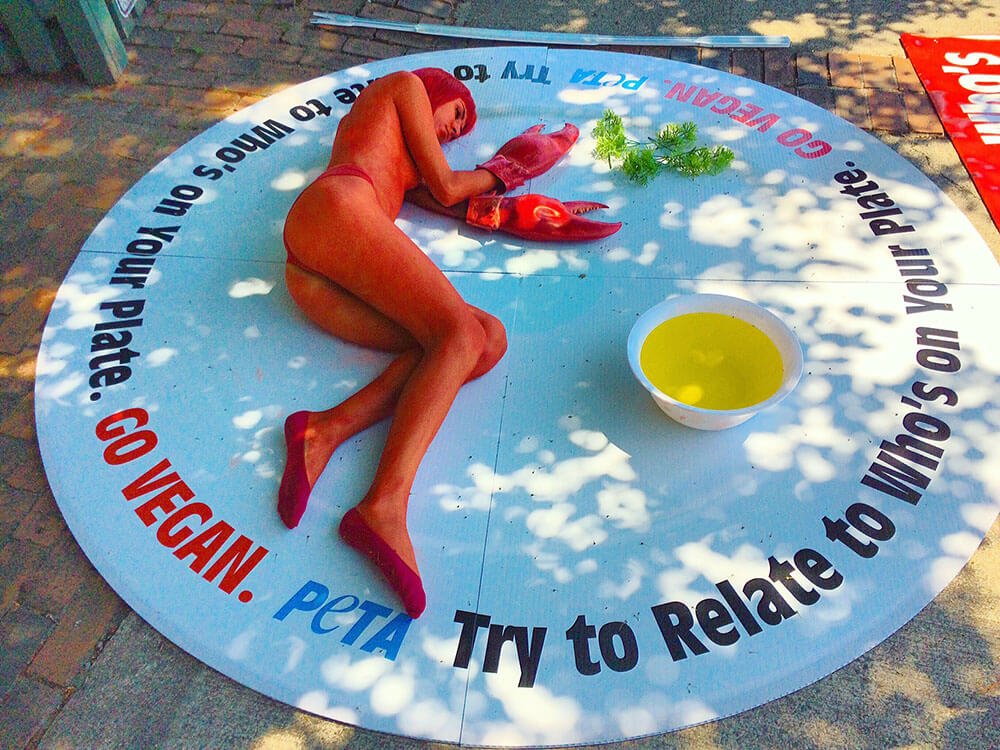