When we arrived in Alabama we realized we suddenly had a problem with unwanted hitchhikers.  And they stink.  They latched onto us in Asheville, NC.  They crept up on us without us realizing it. We were suddenly surrounded and we couldn’t get rid of them. 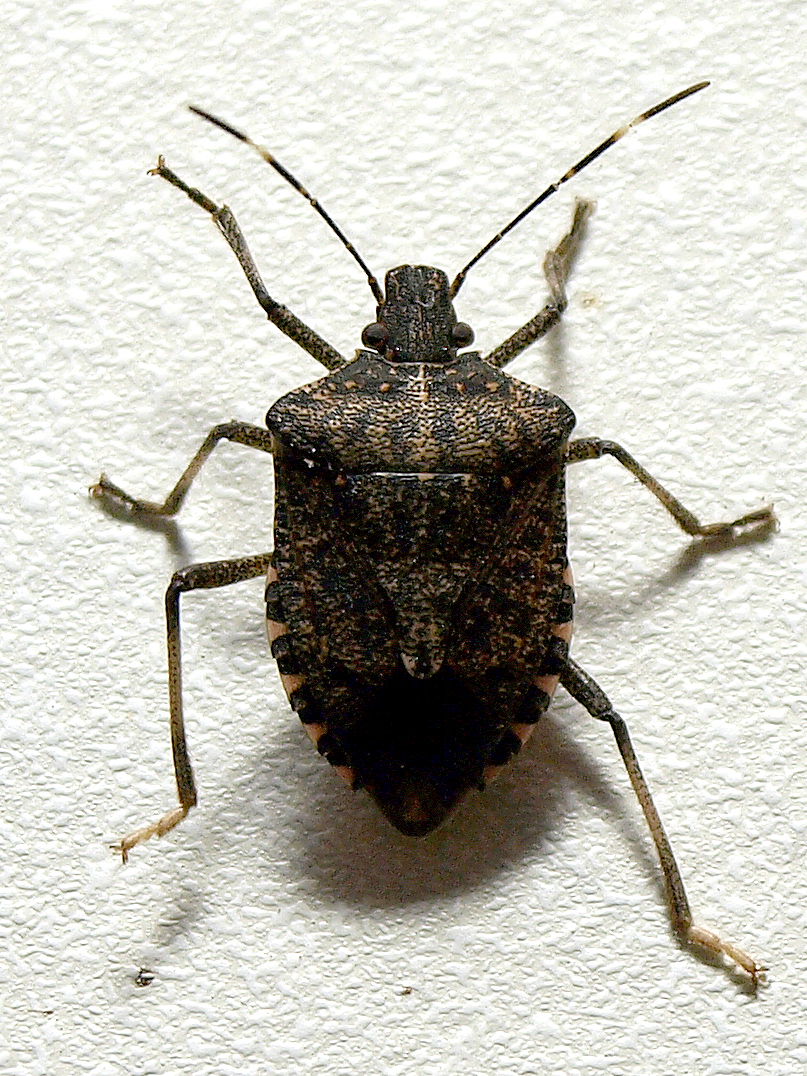 Thank you, Wikipedia, for this photo. My first encounter with Stink Bugs was in August; Zuma and I were having a nap and one of us must’ve rolled over and squished one of these despicable insects. The offensive odor was enough to wake us both up and run the hell outside.  It took over an hour for us to go back inside, both holding our noses.

Originating from Asia, Stink Bugs are prehistoric-looking bugs that creep around on low speed UNTIL you get a cup to catch them and put them outside and immediately they take off like Olympic sprinters …. oh no, I was told, do NOT release them! chuck ’em down the toilet, you don’t want them anywhere near you! Yeh, I got that!  Whatever you do, do not squish them as that is what makes their scent glands excrete that unbearable smell.

We researched and learned that Stink Bugs come to life with heat and vibration (don’t we all, haha!).  So, by the time we got to Mississippi we were scooping up 10 – 20 a day .  It’s even warmer here (77 F today, sorry to ya’ll in Maine who are freezing) and I feel like I’m living in an Alfred Hitchcock movie during the hottest hour of the day.  Seriously, with all the woes in the world, I shouldn’t be bellyaching about Stink Bugs but … there’s two more!  Everybody in the pool!  Sorry, fellow animal lovers, but this is the only solution.  Flush.  Doug has accused me of waterboarding.  I don’t care.
They gotta go.